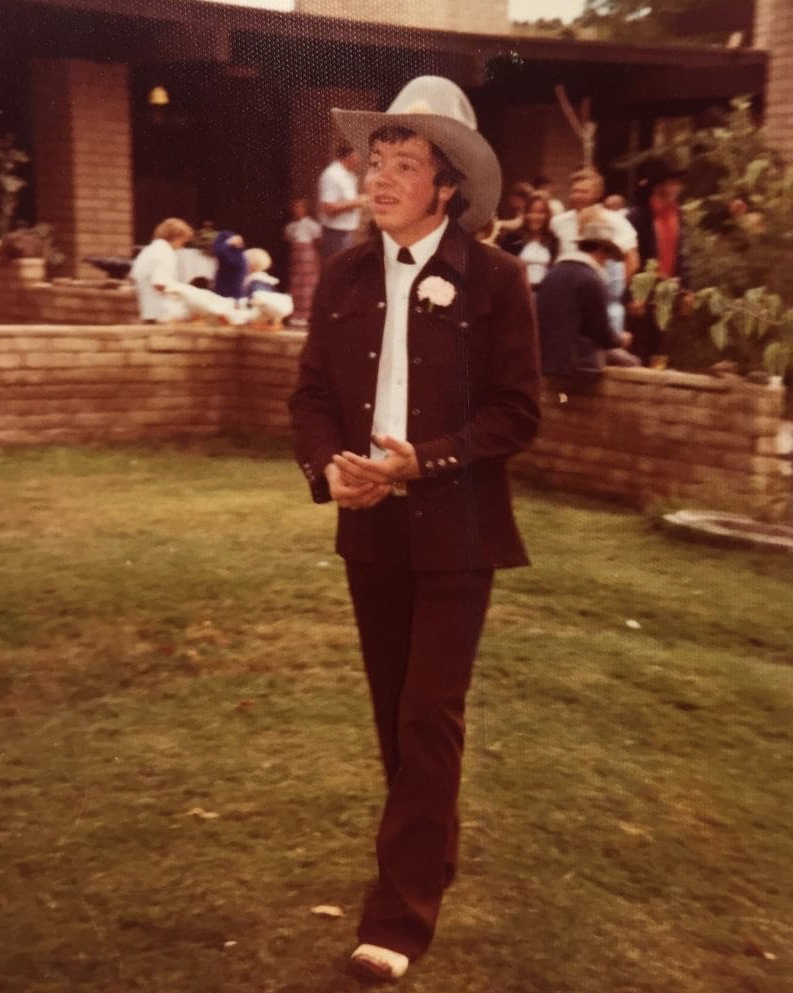 Today’s special video is for my cousin Dutch Randel Lane.  After a valiant and courageous battle with cancer Dutch joined his Mom and Dad on March 23, 2017.  It’s been 4 years and I still remember him like yesterday.  As I have traveled this earth for 54 years I have been touched by many unique and special people.  Dutch was one of those unique spirits.  Dutch lived a life, that at times was cruel and hard.  Dutch would tell you himself that much of that came upon him because of the poor choices he made.  About 10 years ago Dutch moved in with my parents in Sierra Vista.  The time had come for him to “Turn his Life Around”.   That did not come easy.  He almost suffered a fatal Heart Condition while operating the backhoe.   With my Dad there to “revive him” back to life, Dutch was given more time to “figure it out”…  Over the course of next 8 years that’s exactly what he did.  You see, Dutch learned a lesson so many of us could live 10 life times and never get… “Happiness has nothing to do with monetary things”….  Aside from a beat up old trailer and his truck, that’s about all Dutch had in monetary “things”… That never stopped him from waking up each day thankful he had “NOW” and a full tank of Diesel and an opportunity to hop on a tractor was pure joy for Dutch.  When you needed something done you always called Dutch, and never did he complain… He just asked when you needed it done.  He never asked for much in return.  A few dollars to grab a sandwich or fill his truck up.  In the background he saved any spare change he had to visit his children and grandchildren.  He made a special trip everyday he was home to check on his “Aunt Sue” my mom.  Although at times on the construction site Dutch’s vocabulary was let’s say NOT “choir boyish”…. He always spoke Heavenly and treated his Aunt Sue with the respect you might find from an alter boy.  And Uncle Jack???? Well it didn’t matter that Dutch was almost 60 years old… That didn’t make him old enough to drop the “Uncle” from Jack… It was always Uncle Jack and Aunt Sue.  From my perspective it was really Mom and Dad for Dutch… And for them, well…. Another son.  You never had to look too far away from my Dad and you guessed it, Dutch was there.  They were a modern day Butch Cassidy and the Sundance Kid……. At times they got quite irritated with each other….. But as irritated as they might get with each other, that never lasted more than a few hours.  When we talk about faithfulness we tend to define Dogs and Children as the most faithful companions we get in life.   Dutch was really a mixture of both.  No matter how cross you ever got with him he was always right there when you needed him like your favorite hound dog wagging his tail when you were a kid.  And a child…. They say the heart of a child is the closest thing to God…  Well, Dutch had that too.  Over the past few years science has now discovered something we call “mirror neurons”.. These allow us to have that gut instinct when we are around people…. Just like my Dad always told me… “You can’t fool kids and dogs.”

Anyone around Dutch knew his heart was good.  Despite the rough and tough outward appearance, he had the heart of a child and one that God loved.  I remember the fateful day that the doctors informed him he had stage 4 cancer and there was really nothing they could do about it.  His resounding words were, “I want to Live”…. And live is what he did.  He amazed the Doctors and Nurses as he continued to live long past anyone’s prognosis.  He not only lived, he joked with the staff whenever they came in his room.  He laughed and smiled.  He touched so many hearts when his own heart was at it’s most fragile.  I often thought “Why on earth is he trying to fight so hard to live, he has nothing but that old trailer and his truck”…. Oh how wrong I was…  You see when word got out about Dutch’s illness his cell phone was on fire for days with all those who loved Dutch.  The calls and texts came by the dozens and his face lite up… I still remember that day like it was yesterday.  He had figured it out.  This life isn’t about how much “things” we can get… Whether you are Dutch Lane or Bill Gates, your leaving this earth with exactly the same amount of “those material things”…. NOTHING…… This life is about “Others”… Making others know you love them and treating them that way.  Trying to always do more for another than they have done for you.  DECIDING to not be offended when another offends you… In the most simplistic way possible, Dutch Randel Lane had figured it out and I sat speechless as I watched this unfold before my eyes.  Thank you Dutch for teaching me so many lessons just by being DUTCH…. I would be lying if I said how painful it is to see my Dad and not see his shadow “Dutch” somewhere in the background. Oh how I miss that man. But this I know… Dutch isn’t gone, he has just graduated to a better place. A place that has finally freed him from the shackles of the flesh. A place where he can be DUTCH that valiant spirit everyone who knew Dutch knew was him. Sure love you buddy and looking forward to seeing you again someday.  I’m sure the reunion with your beloved Mother and Father was awesome.

Over the past few days I have pondered how Dutch “Figured It Out”.. You see most people spend most of their lives hiding from their faults and wounds. We all know who we really are, but are terribly afraid to let others see our past mistakes and poor choices. Dutch accepted all of those past good and poor decisions and the consequences that followed. By accepting who he was he could now serve others who may be suffering with those same wounds. How can we ever serve another unless we are willing to STEP into their shoes and understand their suffering. Dutch’s willingness to serve came from a genuine understanding of stepping into that person’s shoes…. As I pondered this it reminded me of the GREATEST person who walked this earth… He too by stepping into that Garden over 2000 years ago, knows what each of us are going through…Both the Good and the Bad… No one loves us more than our Savior Jesus Christ..Without even knowing it Dutch was emulating the Savior. Dutch was always willing to suffer with those that suffer. His willingness to step in their shoes allowed him to serve with all his heart. It takes a humble person to live a life like that.. We are all a little better because of Dutch Randal Lane.

Thanks Dallin Lane for putting this together. Awesome Job…

The Daily Echo: Treat Suffering as a Gift with Tommy Rivs: August 1, 2022

The Daily Echo: It’s Beginning to Sound Like All Lives Matter: March 23, 2021