Book of the Month, General

May 2014 Book of the month is, “Man’s Search For Meaning” by Viktor Frankl 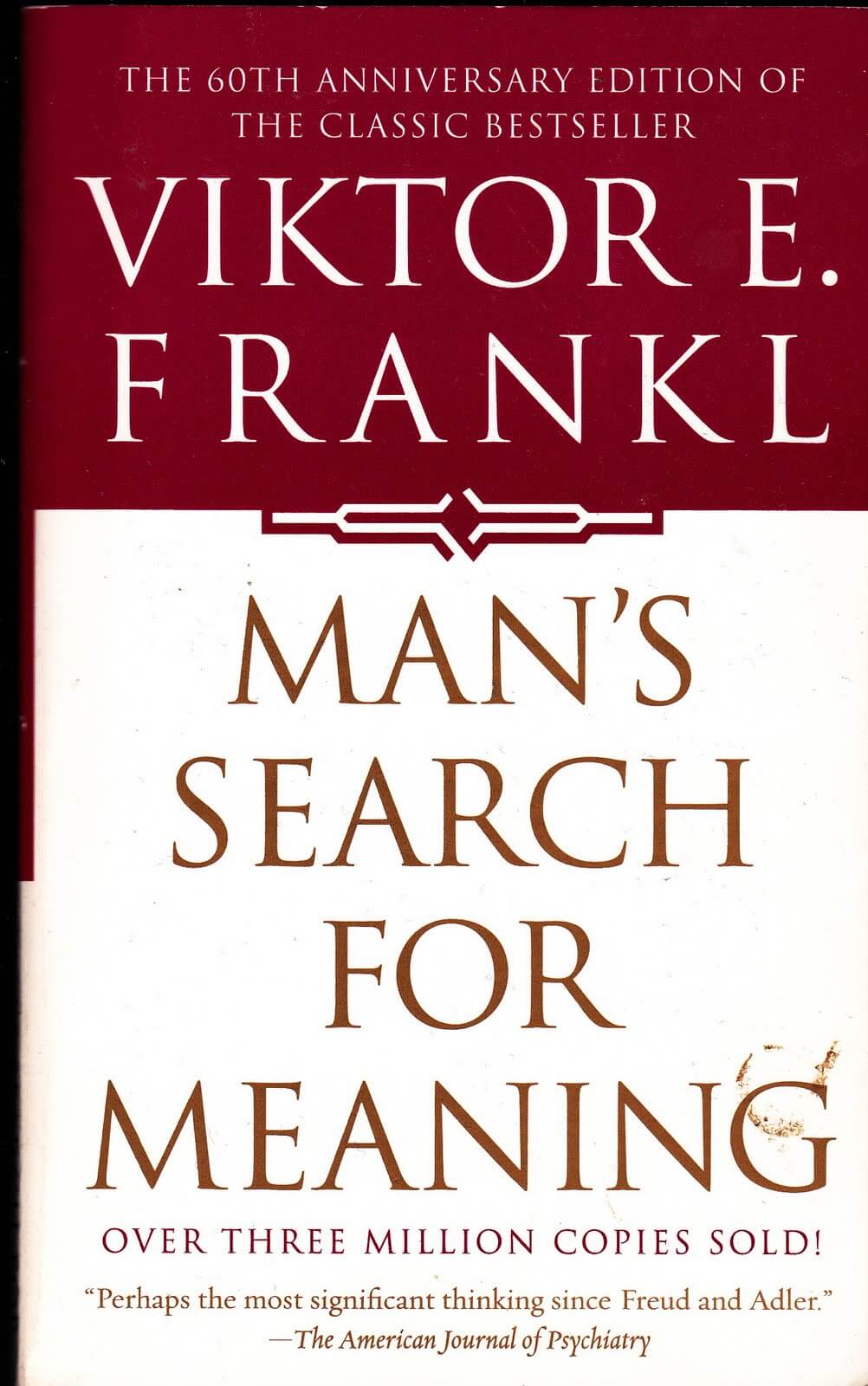 Let me start off by simply stating that, “Man’s Search for Meaning” may be one of the most impactful books a person can read. The premise of this book deals with in Frankl’s words, “Everything can be taken from a man but one thing; the last of the human freedoms-to choose one’s attitude in any given set of circumstances, to choose one’s own way.” I cannot think of a greater example of this than Viktor Frankl himself. This is the story of a man who became a number who became a person. The incredible attempts to dehumanize man(Frankl) at the concentration camps of Auschwitz and Dachau. Through this timeless classic you will hopefully learn the great lesson Frankl taught, “When we are no longer able to change a situation, we are challenged to change ourselves.” Please don’t miss out on a learning experience you will never forget.

Viktor Frankl arrived in the world at the right time; that is to say, he had a purpose nurtured by circumstance. His compass pointed to ‘true North’, always in the same moral direction, driven by his belief that “being tolerant does not mean that I share another one’s belief but it does mean that I acknowledge one’s right to believe, and obey his own conscience.” He existed in the moment, took care to recognize everyone’s unique essence, and it was that moment that the world needed and called for him. Despite hardship, immense suffering, and unspeakable family tragedies, Viktor Frankl, through his background and professional triumph, fought to cultivate understanding in the world, despite the evil that had entered it.

As the center of the artistic, cultural, and medical world, Vienna was thriving at the turn of the 20th Century. And as the beacon of Austria-Hungary, the future for children was met with high expectations. Such was the case with Gabriel and Elsa Frankl as they anticipated the birth of their second child. They envisioned limitless potential, as parents are prone to do, seeing a future as bright as the Viennese sun. But on the day of Viktor Frankl’s birth, March 26, 1905, they could not have imagined the impact he would have on the world and the lives he would save amidst unprecedented suffering.

Born in the predominantly Jewish section of Vienna, Viktor was a happy, precocious youngster. Even as a child, he was unmistakably special, gifted with unparalleled awareness, and by the time he could articulate this awareness, he told his parents of his dream to be a doctor. As he grew and his worldview began to form, he never wavered from his dream, pursuing medicine, neurology, and psychiatry. Later in life, he reflected this idea of ‘the pursuit’ with: “Life can be pulled by goals just as surely as it can be pushed by drives.” And congruently, the goal to obtain the status, prestige, and knowledge of a medical license, and the drive to push the limits of understanding and life’s meaning seemed to point his life in a very specific direction.

While in pursuit of his medical studies, a peer abetted Frankl’s passionate gift for psychiatry and philosophy. Later he wrote, “It is difficult to believe what decisive turns in our lives we sometimes owe to even casual remarks made by another person.” Drawn to behavioral psychology as well, Dr. Frankl studied the teachings of both Sigmund Freud and Alfred Adler, all the while staging his own very important, very different theory: logotherapy—most simply defined in healing through meaning. Although his practice and theory was not well received with some medical professionals of the time, with 29 honorary doctorates, 21 distinguished honors and awards, and American Journal of Psychiatry’s claim that his work was “the most significant thinking since Freud and Adler,” there is absolutely no doubt that his teachings, his therapies, and his influence in a world grasping for some semblance of meaning were heard and continue to be heard today. A student in Berkeley, California once posited to the famous therapist, “…so this is your meaning in life… to help others find meaning in theirs.” Viktor’s reply was as simple as the theory of his therapy, “That was it, exactly.” “Those are the very words I had written.”

Viktor Frankl was prepared, as well prepared as one could be, for the unbelievable horrors to come with the advance and occupation of his city, religion, and culture by Fascist dictator Adolf Hitler and the Nazis. Famously, Frankl gave us a glimpse as to how he came to survive the atrocities of the Holocaust, saying, “When we are no longer able to change a situation – just think of an incurable disease such as inoperable cancer – we are challenged to change ourselves.” The unspeakable horrors, ones that we still cringe at today, are difficult to imagine. The terror and cruelty, to put it lightly, leave us in despair– leave us shamed to be part of a species that could commit genocide. But, there is also a sense of wonder in understanding how those persecuted and subjected to torture and murder could possibly stay intact—stay human. Viktor Frankl wasn’t prepared for what he saw at Auschwitz or Dachau, he wasn’t prepared for the suffering, he wasn’t prepared for the unimaginable grief and loss of the Holocaust, but he was psychologically prepared to adapt his physical and mental focus to any situation, and to help others do the same.

After surviving the Holocaust and losing his family, which he describes in his book Man’s Search for Meaning, he returned to civilization with his foundation tested and beliefs strained. Though the road to recovery was long, he found placid structure again in receiving his Ph.D. in 1949, and with his beautiful, loving wife Elly– best friend, primary supporter, partner, and the mother of his daughter, Gabriele. Mrs. Frankl still lives in Vienna today, and celebrates the life of her husband with her daughter, son-in-law, grandchildren, and great-grandchildren.

We hope you will read more about the life, work, challenges, and triumphs of this inspiring man. For further biographical reading, see www.viktorfrankl.org. There you will also find a complete list of his books, audio and video recordings, and writings.

The challenge, a simple challenge from Frankl, to you—the readers, the viewers of the film– is to uncover the meaning in your own lives, to choose your moment and live it, to choose your purpose in all life’s challenging and rewarding situations, to believe and allow others the same freedom, and shape your life around the right decisions and directions for you.

The Daily Echo: Introducing May 2014 Book of the Month