The Daily Echo: Could Someone bring back the Mean Tweets Guy? With Chad Prather: November 15, 2021 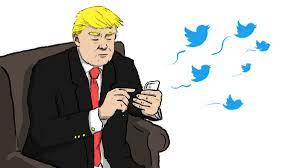 Folks, I want to direct your gaze back to a time long thought lost in the vast, misty corridors of time. To a time when a president of the United States said something so mean, so cruel, about the undocumented workers pouring through our borders like water through a chain-link fence. You may be too young to remember, but once upon a time there was a man named Donald Trump. And that man said, before God and the world and in no uncertain terms, that murderers and rapists were crossing our borders. If you were there, you’ll remember also that he did not say that everyone crossing the border was that sort, but that the baddies were among them, underscoring the notion that this alone was reason enough to be muscular in our policy concerning the border. And here’s my controversial take on this ancient piece of history: He was right. ► Click HERE to subscribe to BlazeTV! https://get.blazetv.com/chad-prather/ Connect with Chad on Social Media: https://twitter.com/WatchChad https://www.instagram.com/watchchad/ http://facebook.com/watchchadprather About Chad Prather: Chad Prather is known for his way with words. He is a comedian, armchair philosopher, musician, and observational humorist. Often called “the modern day Will Rogers” and “the voice of the everyman,” Chad brings you his armchair philosophy and observational humor four times a week. Politics, inspiration, comedy, and fun — nothing is off limits on The Chad Prather Show! Some of Prather’s most popular videos are shot in the front seat of his truck as he delivers his fast talking, rabid fire rants. CNN has labeled him the “Pick-up Pundit” and Fox News’ Tucker Carlson has called Prather, “supernaturally articulate.” Prather has mad numerous appearances on Fox News, CNN, A&E, MSN. He is the host of BlazeTV’s “The Chad Prather Show” and “Humor Me with Chad Prather.” His wildly successful 2016 “Kings of Cowtown Comedy: was a hit and his current “Star Spangled Banter Comedy Tour” is selling out theaters all over America. Chad’s guests include: Phil Robertson, Glenn Beck, Jon Miller, Elizabeth Johnston, Jeff Kyle, Jason Piccolo, Matt Kibbe, Sara Gonzales, Mark Maxwell, Mike Stewart, Jennifer Nickerson, David Harris Jr., Mike Ritland, Heath Oakes, Kendall Jones, Rob Redwine, Trey Chapman, Katie Thulin, and many more! #ChadRant #ChadPrather #MeanTweets

The Daily Echo: His Grace is Sufficient with Brad Wilcox. November 14, 2021