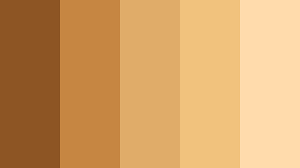 THURSDAY HOT TAKE! ► Click HERE to subscribe to BlazeTV! https://get.blazetv.com/chad-prather/ Connect with Chad on Social Media: https://twitter.com/WatchChad https://www.instagram.com/watchchad/ http://facebook.com/watchchadprather About Chad Prather: Chad Prather is known for his way with words. He is a comedian, armchair philosopher, musician, and observational humorist. Often called “the modern day Will Rogers” and “the voice of the everyman,” Chad brings you his armchair philosophy and observational humor four times a week. Politics, inspiration, comedy, and fun — nothing is off limits on The Chad Prather Show! Some of Prather’s most popular videos are shot in the front seat of his truck as he delivers his fast talking, rabid fire rants. CNN has labeled him the “Pick-up Pundit” and Fox News’ Tucker Carlson has called Prather, “supernaturally articulate.” Prather has mad numerous appearances on Fox News, CNN, A&E, MSN. He is the host of BlazeTV’s “The Chad Prather Show” and “Humor Me with Chad Prather.” His wildly successful 2016 “Kings of Cowtown Comedy: was a hit and his current “Star Spangled Banter Comedy Tour” is selling out theaters all over America. Chad’s guests include: Phil Robertson, Glenn Beck, Jon Miller, Elizabeth Johnston, Jeff Kyle, Jason Piccolo, Matt Kibbe, Sara Gonzales, Mark Maxwell, Mike Stewart, Jennifer Nickerson, David Harris Jr., Mike Ritland, Heath Oakes, Kendall Jones, Rob Redwine, Trey Chapman, Katie Thulin, and many more!

The Daily Echo: How to Achieve Your Most Ambitious Goals with Stephen Duneier: January 31, 2020

The Daily Echo: 4 Methods Superstars Use To Protect Their Energy: November 16, 2020

The Daily Echo: 5 Potent Tactics to Dominate Your Domain: November 18, 2020